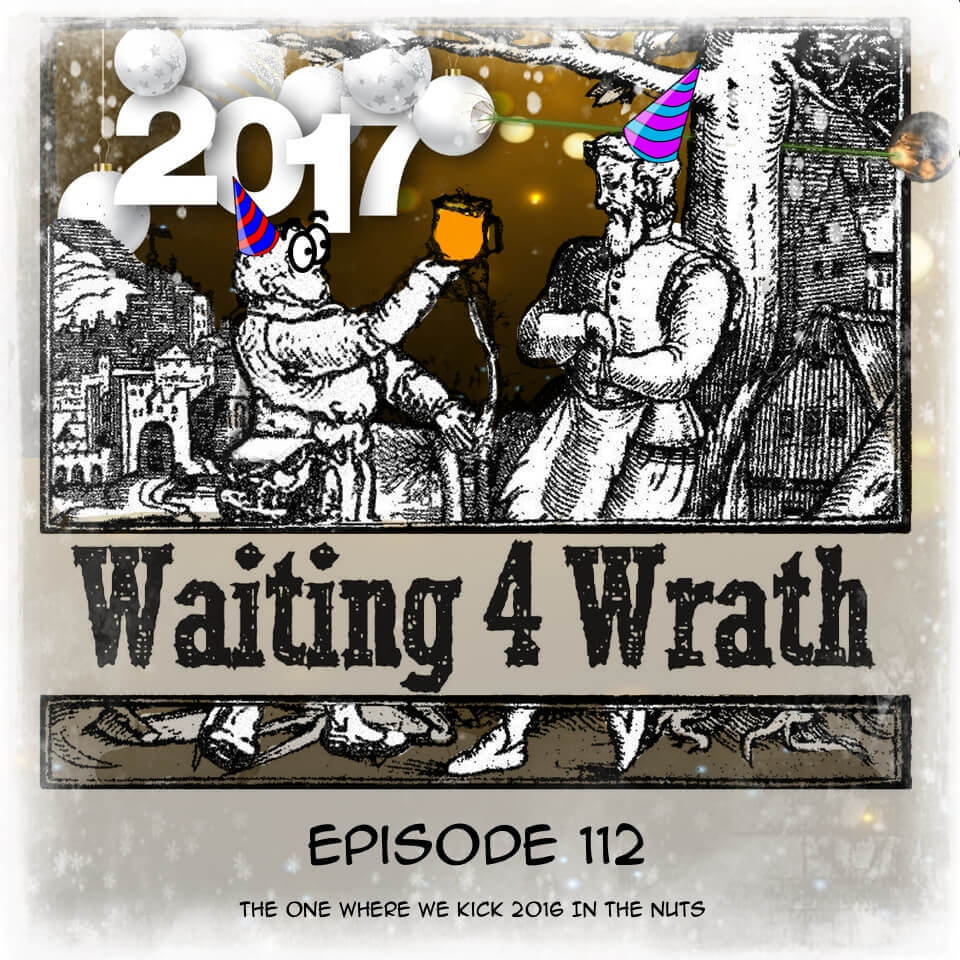 ← Previously: Episode 111 - The One Where We Get A German To Play Die Hard Next Up: Episode 113 - The One With Southern Fried Douchbags →

In This Week’s Show, episode 112, We visit an equal opportunity Texan tele-bortion clinic where Jesus tortures Muslim women for having too many man-babies in 2016!

Now, grab a beer and help us test the god hypothesis — because, while Tammuz Mesopotamian god of rebirth hasn’t struck us down yet, we are trying his patience!

This week I finally got the limited edition thesaurus from Amazon that I have wanted for months, but when I opened it, it was just filled with blank pages…. I have no words!

Did you know that Carrie Fisher, goddess onscreen and off, was half Jewish but was raised “Protestant Lite”?

Kodak has released a new short film called “Understanding.”  It was shot on Kodak film and warmed my rainbowlific heart. Sadly it is HORRIBLE for a podcast, as there are almost no words spoken. –  http://bit.ly/2in6DOl

Carrie Fisher has passed away following a massive heart attack she suffered on a flight from London to Los Angeles. Fisher was only 60 years old. Fuck you 2016.

No new patrons or iTunes reviews  — let’s start the new year off right with some 5star reviews yo!

Shelly Segal will be at reason con

Christ’s love and the spirit of the Christmas shown in a wonderful exchange in Perth, AU. –  http://ind.pn/2imY2eg

Tex Gov Greg Abbott promised in 2015 to totally defund and as of Dec. 21st Planned Parenthood has until mid-January to sue to block.  It has taken a year of nothing for this step to be taken.

The blocking is that of Medicaid funding, which for most PP’s amounts to over 75% of their funding. The letter this month to PP from Texas Health and Human Services Inspector General Stuart Bowen which announced the defunding also cited the PROVEN FAKE ABORTION VIDEOS that have been debunked for months now.

From Mic.com http://mic.com/ “The removal of Planned Parenthood from Medicaid threatens to leave thousands of low-income people without access to routine health care checkups, cancer screenings, birth control and various other forms of preventive care. Shortly after the state’s initial notice of intent in 2015, a study conducted by the Texas Policy Evaluation Project found at least 100,000 and as many as 240,000 women in Texas had attempted to self-induce abortions. HB2, a 2013 Texas House Bill that gained widespread criticism and was famously filibustered by Wendy Davis has helped dramatically cut the number http://nyti.ms/2imUHvE of abortion clinics in Texas, despite being ruled unconstitutional http://cnn.it/2in0gdS by the Supreme Court earlier this year.

Start the new year off right with boys. So many boys. All the boys!

So… Marsh, when you’re done shining all over the NHS, could you drop the mic on the NCCAM?

Woman Manages to Forgive Person Who Smashed Her In the Face With a Beer Mug For Speaking Swahili-  http://bit.ly/2imXZPO

Drop us a line!