Episode 165 – The One Where We Just Barely Had Enough Material 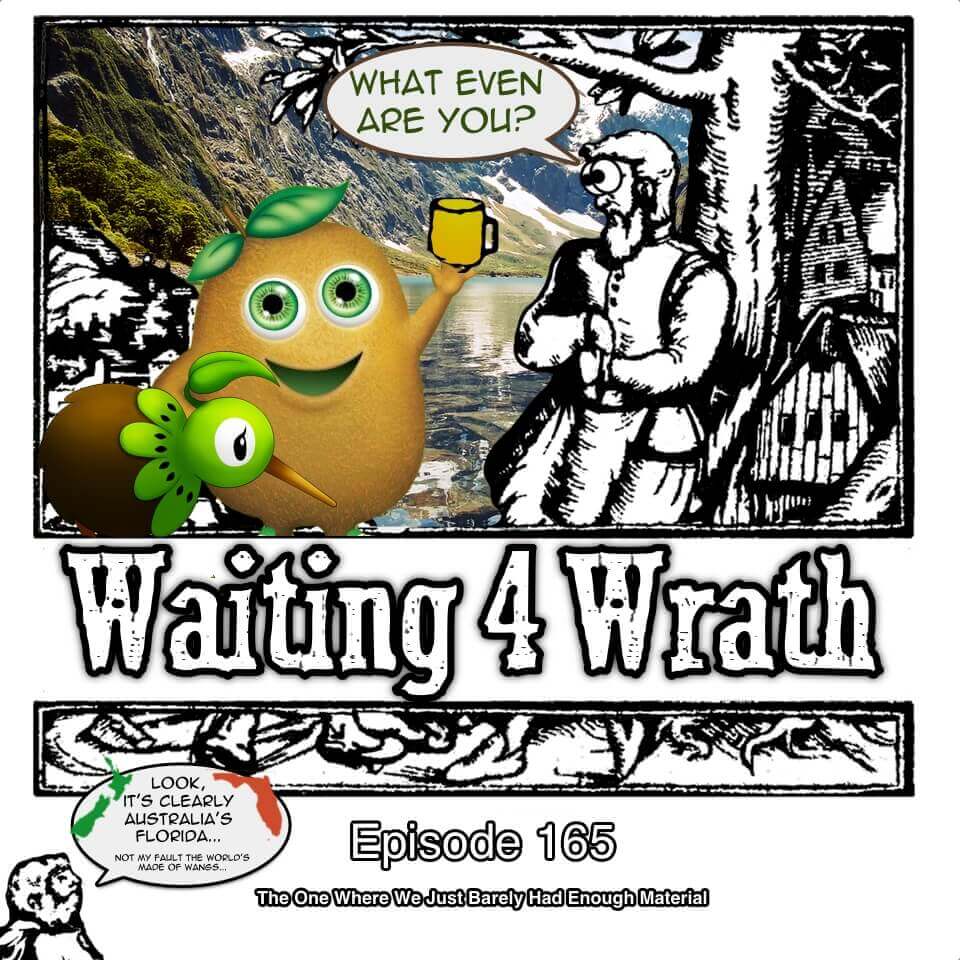 In This Week’s Show, episode 165, Aaron says some cleverly-worded shit about this week’s topics

Now, grab a beer and help us test the god hypothesis — because, while Strenia hasn’t struck us down yet, we are trying her patience!

This week i learned that during an earthquake, coffins become huge underground maracas.

In ancient Roman religion, Strenia was a goddess of the new year, purification, and wellbeing. On January 1, twigs from Strenia’s grove were carried in a procession to the citadel, in a rite first noted as occurring on New Year’s Day in 153 BC. She is connected with the custom of exchanging presents (strenae) and good wishes on the first of January.

Beer donation from friend of the show Brendon!
He brought us some wonderful beers from Nebraska… hopefully they aren’t all made out of corn…

Text message from The Naptin Pope:

Jenn is out – make sure you fill out some iTunes reviews to get her back on her feet!

Welcome to 2018 folks! To start the year off right we’re burning our evergreen content, so enjoy a second half and Jenn’s patreon story… on a show without Jenn! Ahh, the magic of post production.

Finally – I want to mention that we’ll soon be gearing up for this year’s Drag Queen Bingo in support of Wyoming AIDS Assistance. We’re going to be having some fun with it on the show thanks to the fabulous Big Gay Jim, I hope you all enjoy what’s coming and I hope you all donate to WyoAIDS.org!

HL2 – Keewee McGee Says Have One On Me

A study of female macaques (aka snow monkeys) published earlier this month in the Archives of Sexual Behavior confirmed suspicions from another incident reported earlier this year that, yes, monkeys are having sex with deer (or, more precisely, exhibiting sexual behavior on deer). Researchers studied two groups averaging 80 monkeys each, both living in the Minoo Quasi-National Park of Japan; they found the deer-humping to be taking place only amongst one group, and only by females.

The study, for human reference, is like a monkey-on-monkey-on-deer Joy of Sex:

Reports of the monkey/deer sexy time has been coming from the area for several years, so of course scientists had to get their asses to Japan in order to watch some of that action. For science reasons, of course. While homosexual relations between these young female monkeys is very common, the scientists weren’t sure what to make of the tales of inter-species loving.

Analysis of the animals’ behaviour revealed no clear difference between the adolescent female snow monkeys and other females or deer when it came to how often they sought such attentions, mounted their partner, how long they spent on their partner, or even their orientation – although as expected monkeys more often undertook sitting mounts on deer than on other monkeys. Unexpectedly, pelvic thrusting was more common when the partner was a deer.

The observers have several theories as to why this new behavior has developed: there are usually less males than females, the males are very aggressive and can severely injure young females and the monkeys have been utilizing the deer as steeds as long as they have been observed. So maybe, like a bored housewife and a washing machine on spin cycle, they just like the genital stimulation.

While sexual interactions between different species is not unheard of, it is usually between more closely related species. This is actually only the second known example of vastly different species having sexually contact, the other being the violent (usually fatal) sexual assault of emperor penguins by male Antarctic Fur seals. (Ok, so deadly penguin rape, sorry I put that in a Christmas story.)

Lastly, as sexual consent is a current and always important social topic, the deer don’t seem to mind but no explicit permission appears to be given.

Mosque pays off debts of man who spray painted hateful messages on their building in 2016 – http://bit.ly/2DUnVcK

A mosque in Arkansas has paid off the debts of a man who was caught on camera spray painting hateful messages on their building in October 2016. Arkansas Matters reports that Masjid Al Salam in the city of Fort Smith ponied up $1,700 to pay off court fines imposed on Abraham Davis, the man who vandalized their building just over a year ago with messages such as “Fck you, fck Islam” and “Go home.”

Louay Nassri, the president of Al Salam, tells Arkansas Matters that he has forgiven Davis, and that he didn’t want his hateful actions to punish him for his whole life.

Nassri also says that Davis has apologized for his actions, and has already done community service to atone for what he did.