Episode 50 – The One Where We Stagger Down Memory Lane 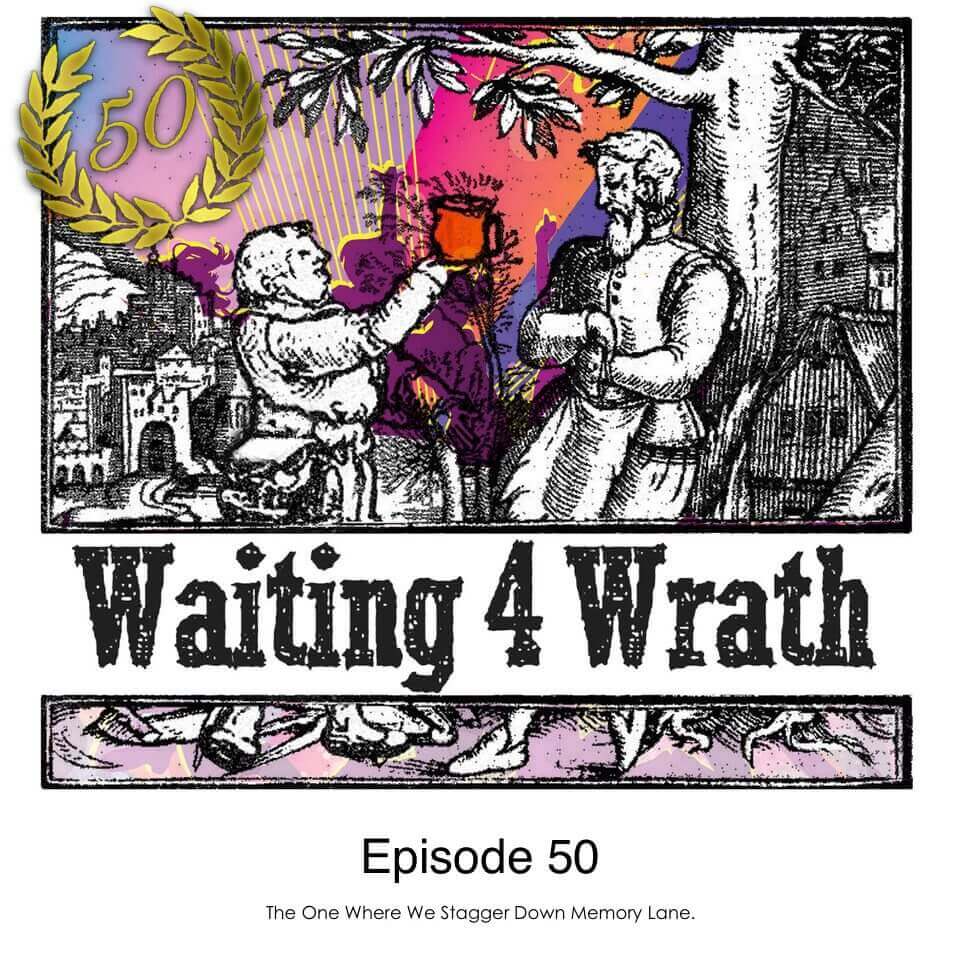 Grab a beer and help us test the god hypothesis — because, while Koalemos, god of stupidity hasn’t struck us down yet, we are trying his patience!

When people say “I’d love to be in the zombie apocalypse!” They’re basically saying, “I’d love to go on a killing spree and not feel bad about it”

Tonight’s fun fact is in honor of our 50th episode. Did you know that in Kabbalah, there are 50 Gates of Wisdom (or Understanding) and 50 Gates of Impurity. It’s also a number of years in a Biblical jubilee period.

Aaron’s Understanding of the Show, episode 50!

On this week’s show, episode 50, Pat Robertson goes to Mississippi to beat a teenage slave to death for vaccinating his church’s pedophiles.

”The MRFF comes to the defense of service-members who are being coerced to participate in religious activities against their will. Most of their clients are Christian, but they’ve also come to the defense of Atheists, Jews, Hindus, Muslims, etc.” ~Peg

If any of our listeners would like to know more about the MRFF or find out of they help, please visit http://www.militaryreligiousfreedom.org

For anyone in our general area: Shelley Segal will be live in Laramie at the Grounds, 6pm Saturday October 24th.

Finally, keep in mind, that beginning in November the show will start airing on Fridays rather than Thursdays. We’d love some input on this, so if you’ve got a suggestion or comment please write in.

Next week we have Dustin from Atheist Nomads on the show as well as an appearance by Shelley Segal who will be in-studio with us.

Mom Turns Canceled California Wedding Into a Feast for the Homeless

To comment on a show or suggest a brew visit our web, Twitter or Facebook pages. As always, we’d love to get a good rating on iTunes or Stitcher!

Hayao Miyazaki – The Essence of Humanity