Episode 64 – The One Where We Survive The Apocalypse. 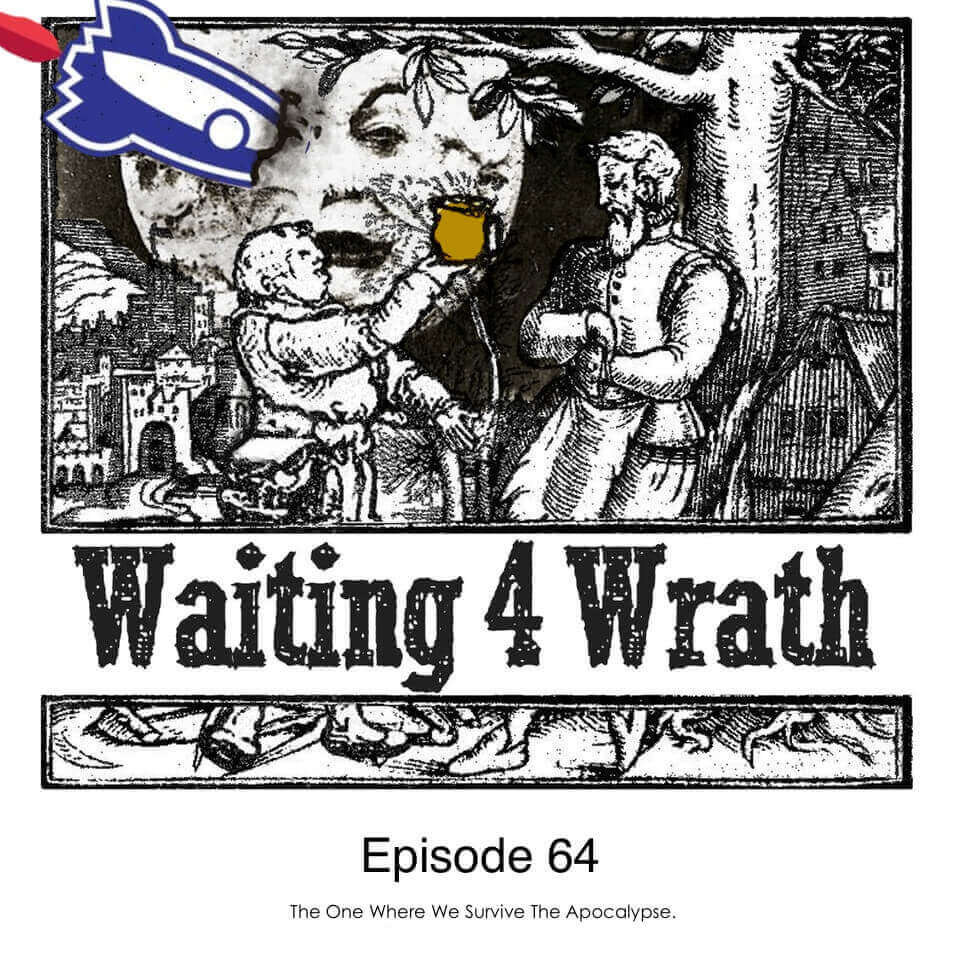 Now, grab a beer and help us test the god hypothesis — because, while Nerthus – Earth Mother hasn’t struck us down yet, we are trying her patience!

This week I learned that theoretically you can’t really complain if there’s a pube on your everything bagel.

I also learned not to make a bet with Atheism 101

Did you know of the 1,800 conflicts surveyed in the “Encyclopedia of Wars,” less than 10 percent involved religion? A BBC survey titled “God and War” found that religion played a part in 40 percent of conflicts, “but usually a minor one.”

In This Week’s Show, episode 64, Pro-Life state representative let’s an entire cheerleading squad take shelter from the Atheist Apocalypse in her shitty vag.

And Paul Sating of … fucking everything, joins us!

James, whose awesomeness makes James Bond look like a Pussy Galore, has become a new patron! Thanks James :)

This is definitely one of my favorite podcasts. I put this almost right up there with Cognitive Dissonance. If you need another reason to look forward to Friday, W4W will have you itching to get there. :D

It’s like a fun Friday night with your friends

Found W4W and other SON podcasts after Bryce on Naked Mormonism mentioned them, and this show has become one of the few I listen to the day it comes out. The beer talk and other conversation really feels like one I would be engaged in, but of course, I’m not as funny as these guys and gal.

Steven Moffat has left doctor who. Which is great, because fuck him.

“After losing a bet to the most charming of all podcasts hosts, Tim from a101, I Shea will concede that the seed of the house of Manning is vastly superior to that of the house Brady”