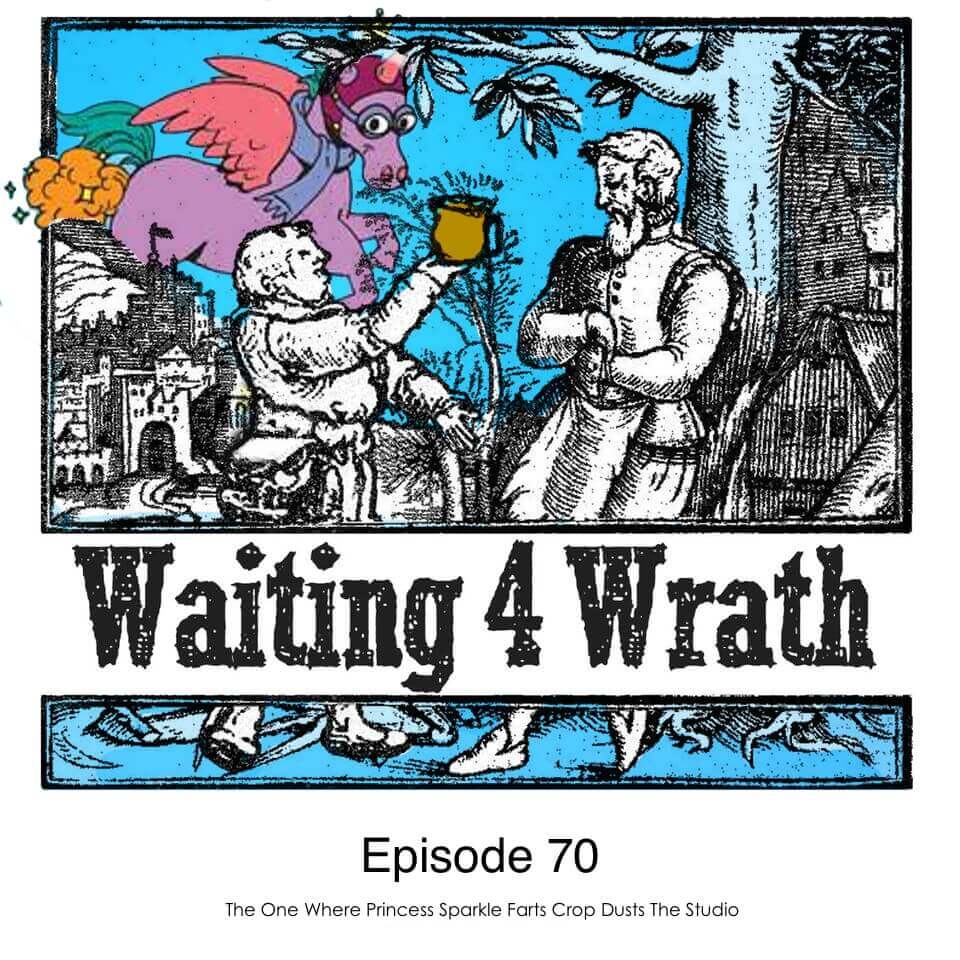 In this week’s show, episode 70, Princess sparkle farts moves from Kentucky to Texas because she’s lean red her place … The Supreme Court!

Now, grab a beer and help us test the god hypothesis — because, while Minerva (Roman goddess of wisdom) hasn’t struck us down yet, we are trying her patience!

This week I learned that after living the gender lie for decades I finally came out to my family and friends. I now identify as trans-financial, I’m a billionaire living in a poor man’s body

Did you know, one of the earliest believed depictions of a divinity is the carving of the Venus of Willendorf? It dates from around 25,000 BCE and is thought to represent a fertility goddess. It has big boobs.

We got a voicemail from Crystal of Literally a Podcast

No new iTunes reviews this week. We’re at #126 in iTunes Religion & Spirituality: Other and iTunes reviews really help to move us up the rankings so more people are exposed to our particular brand of commentary.

No reviews or patrons :)

Waiting 4 Wrath is a proud member of the Secular Outreach Network.

SON is a group of skeptical, secular and humanist content creators collaborating with the goal of creating high quality entertainment — and just maybe — to do some good along the way.

Find out more about SON and the other shows that make up the network at SecularOutreach.com